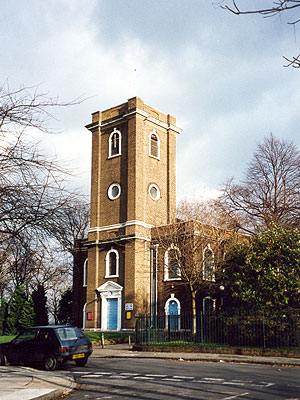 For at least the last eight years the bells of St Mary Magdalene have been very loud in the ringing room, as workmen had removed some of the sound-proofing between the bells and ringers. However, today a group of eight ringers from Greenwich, Bermondsey and Isle of Dogs rectified the problem, by installing three sheets of chipboard over the holes and laying carpet on top of the ringing room ceiling.

We started at 10.30 and had a quick ring on the bells first, measuring the sound level in the ringing room at about 84 decibels. Two hours and a lot of carrying, lifting, drilling and hammering later we rang the bells again, to be pleasantly surprised that the volume had reduced to about 75 decibels. This might not sound a lot, but as decibels are measured on a logarithmic scale, that is almost half the volume.

Not only that, but this 12cwt ring of eight, restored by Taylor’s in the 1930’s are now quite pleasant to ring and although there is no regular Sunday and practice ringing, we look forward to ringing the bells more frequently and scoring a few quarters on them over the coming weeks – Reverse Canterbury, perhaps!