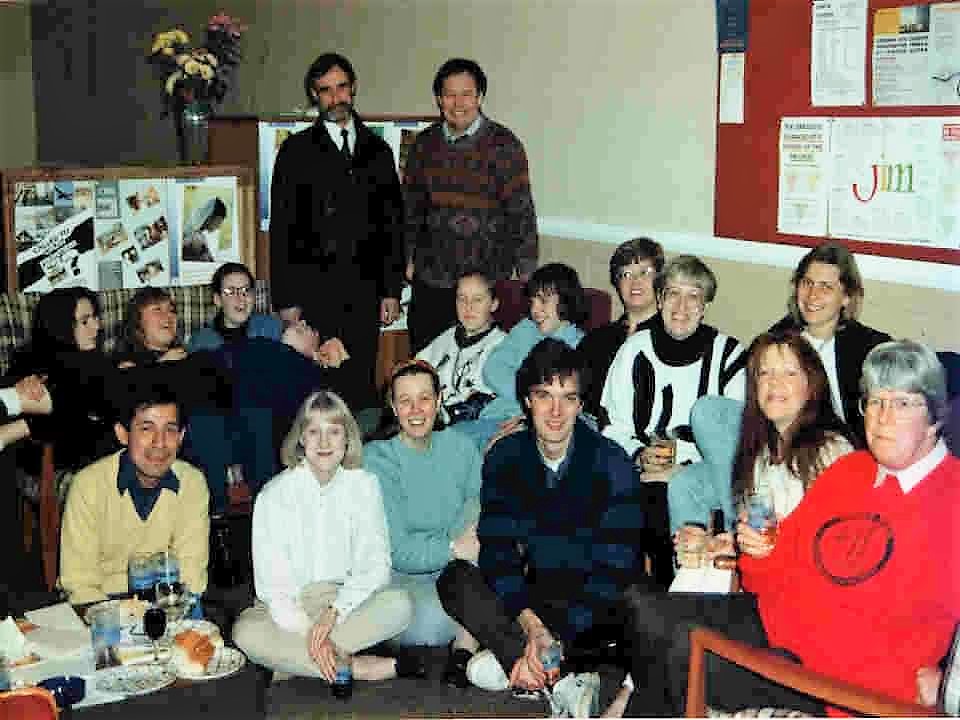 A series of eleven quarter peals have been rung to mark the passing of Freda Cannon, former Tower Captain at Greenwich, who was very helpful in establishing the band at Bermondsey in the early years of the Docklands Ringing Centre. Freda was also very active within the Ladies Guild and was National President 1983-1985.

Freda learnt to ring in September 1954 at Greenwich when the church and its peal of ten bells had been restored after damage during World War 2, and a new local band was formed. Freda rang many quarter peals over the years, the last one being of 1,260 Grandsire Triples at Lewisham on 6th June 2004.

In February 1991, when the new ring of six bells at Bermondsey were installed to replace the previously derelict ring of ten, there were close links with the neighbouring bands at Greenwich, Camberwell and Poplar, and Freda was one of a group of experienced ringers that came along every week, twice a week in the initial stages, to teach people to ring. She rang in the first quarter on the new bells at St James after they were augmented from six to eight in November 1991 (1,288 Grandsire Triples) and thanks to her and the others support many of the new local band were soon ringing methods competently and their first quarters within around a year of learning to ring.

Freda continued to come to ring at Bermondsey on Tuesdays until ill health prevented her coming about ten years ago. Her funeral was at St Alfege Greenwich on Tuesday 14th February 2017.

May she rest in peace.