Three regulars of the Stepney and Bermondsey bands entered the 2010 London Marathon in a successful attempt to escape erecting and ringing the Charmborough ring.  While Jonathan and Gill have completed several marathons in London and elsewhere, this was Andrew’s first effort. As Jonathan concentrated his training efforts during his lunchtimes, Gill and Andrew caused alarm among the residents of Stepney, Bermondsey and Greenwich by running at night after ringing practice accompanied by much whingeing (from Andrew) and exhortation (from Gill).  All the runners finished and were happy with their times.  Despite many supporters along the route, sightings of the runners and pictures were hard to come by with the exception of this fine example (somewhat surprisingly supplied by the participant) which will surely inspire a new generation. 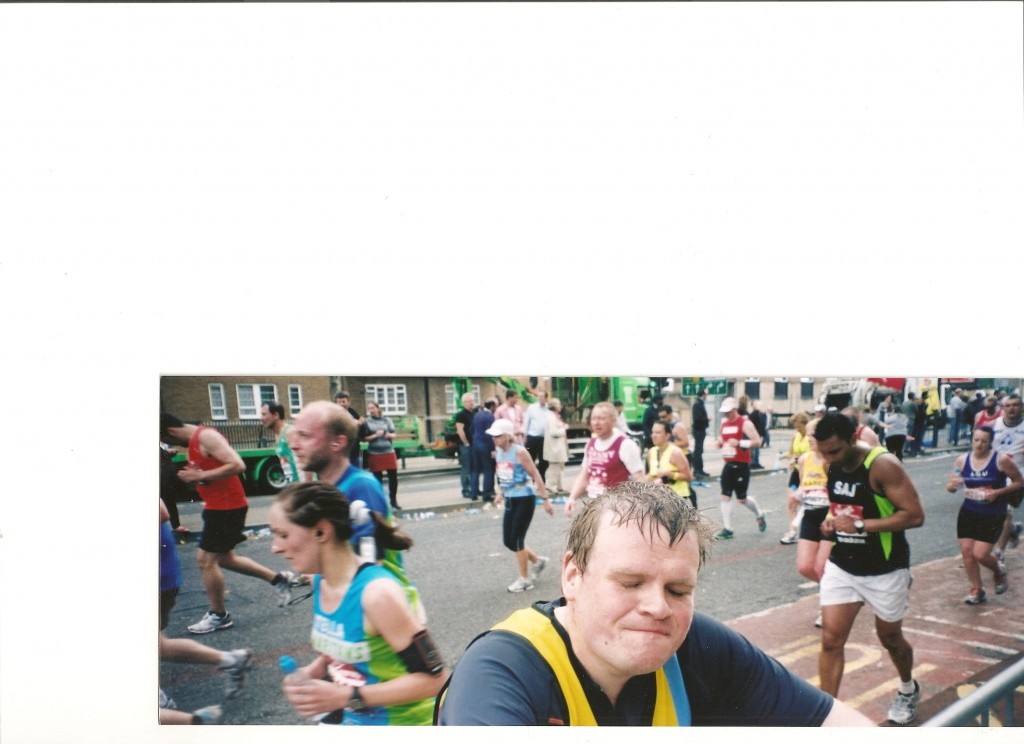 Andrew taking a breather at the 21 mile mark

The three runners celebrated in the Mayflower afterwards before posing at the regular Stepney practice the following Thursday. 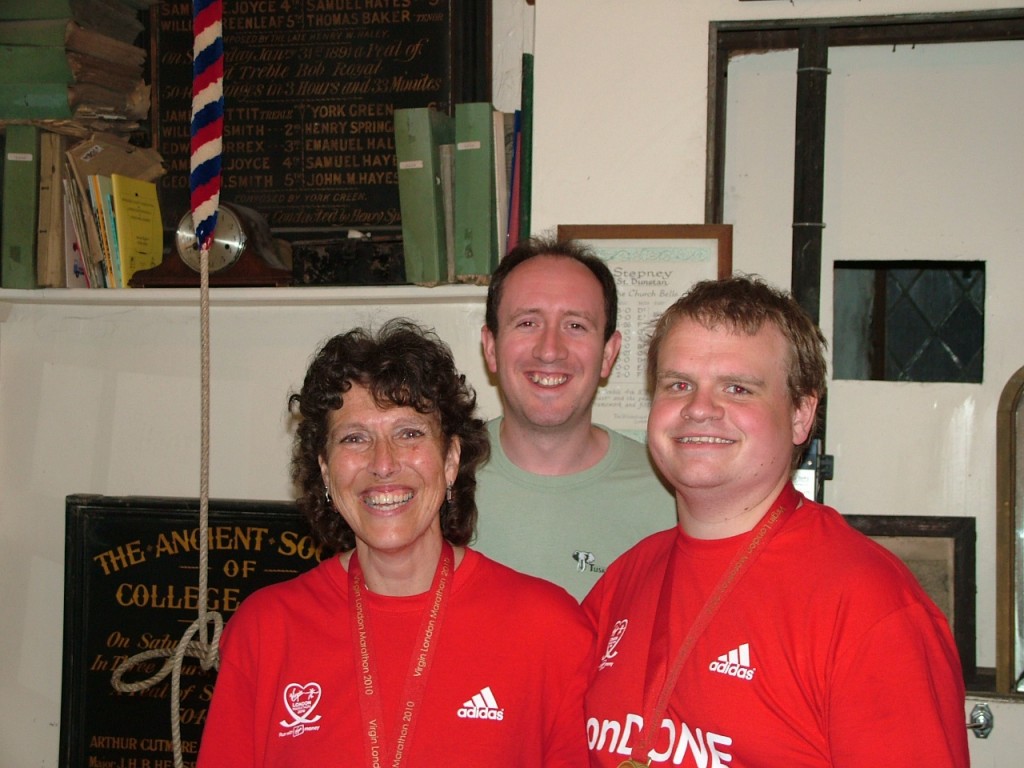 Jonathan, Gill and Andrew upon hearing the news that their applications to run in the 2011 London Marathon had been rejected.