More details about the rehang

The last major work to be carried out on the bells was in 1965 when the lightest six bells were re-hung on (then) modern fittings.  With regular use the fittings inevitably wear over time and it is now necessary to replace them and re-hang the bells.  This will have the following benefits:

To achieve this, the intention is to remove the bells from the tower in order to:

For some, there was no chance of being in Westminster or catching TV coverage. We’d be ringing throughout the build up, service and balcony appearance. On Friday 29th April, fifteen ringers undertook a little challenge: to celebrate the wedding of Prince William and Catherine Middleton with quarter peals in five Docklands towers.

On the Surrey side at 9:30, at St James, Bermondsey we rang 1290 changes of Grandsire Doubles conducted by Ryan Noble who joined us from Aylesbury for the day’s first three quarters.

At St Mary, Rotherhithe, Mixed Doubles was conducted by Roger Booth: 60 Stedman, 720 Grandsire and 480 Plain Bob. For Gill Harris on the 3, this was her first mixed quarter.  Just about managing Stedman, we switched to Grandsire without problem. Twenty minutes later, Roger prepared everyone in advance for the change to Plain Bob. It came and went with ease, duly delivering success in just under 45 minutes.

There followed lunch and a welcome drink at Rotherhithe’s historic riverside pub, the Angel.

For our three afternoon attempts we crossed the river to Middlesex.  At Christchurch, Isle of Dogs we found conductor Tom Pinnock nervously waiting: it would be his first attempt as conductor.  He prepared us with his intended composition, we set off at quite a pace and in just over 40 minutes scored a very good Plain Bob Doubles.  Tom’s conducting was first class with no mis-calls.

Entering St Anne, Limehouse churchyard we passed through a wedding street party before climbing the tower for Grandsire Doubles.  Quite hard work –  a few of us being weary from earlier activities – it was a relief to reach ‘that’s all’. Roger’s slightly longer than originally intended composition marked a significant first for Greg Rose (treble): his first away from cover.  Greg rang superbly – one would never have known it was his first. The wedding party revellers applauded us on our way.

Finally, Plain Bob Minor at St Dunstan, Stepney, where the band chose the back six, would round off the day. Although quite a workout, especially for conductor Peter Jasper who was bright red in the face within 10 minutes of turning in the 28 cwt (1.5 tonne) tenor, they sounded superb. A quarter struck pretty well in places was scored, despite a little hiccup near the end, in just under 50 minutes marking another first for Greg: his first treble to Minor.

Five quarters attempted and scored by an extended band some of whom are reasonably new to ringing were happily rounded off by a few drinks and dinner at Wapping’s Prospect of Whitby pub.

All five quarters can be found on Campanophile under Docklands Ringing Centre 29 April 2011. 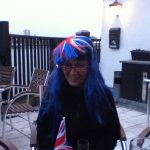 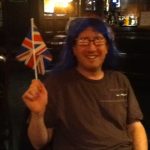 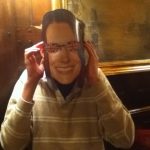 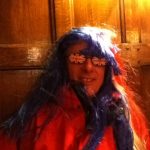 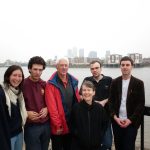 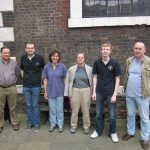